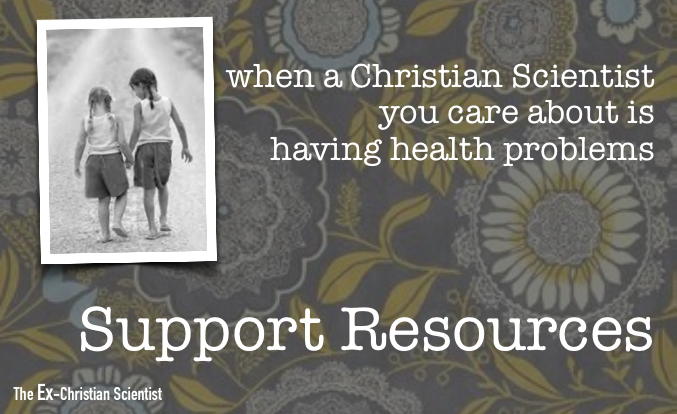 It can be very difficult when you have family and people you care about in Christian Science who encounter illness or injury. They are adults and they have every right to make their own decisions about their healthcare choices, but it often seems that Christian Scientists are so uninformed about and suspicious of the medical world that they need help from loved ones to understand when their life or well-being is in danger.

What follows are some resources that might be helpful when you talk with your still-in-Christian Science loved one that might help sway them towards getting medical treatment for an unyielding health issue.

Passages from Science and Health and Ms. Eddy’s other writings about seeking medical care 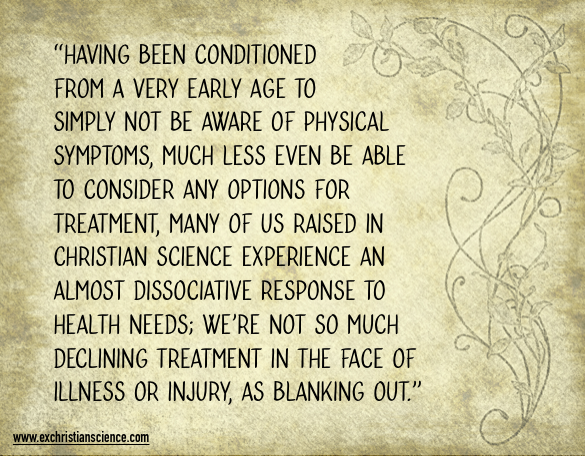 Open the Doors of the Temple: The Survival of Christian Science in the Twenty-first Century. Baxter, Nancy Niblack.