Buddhism actively tells you to question it.

I am rather a lapsed Buddhist at the moment but I would call myself that rather than anything else, and an old (doubtless now out of print) library book called The Heart of Buddhism by Guy Klaxon, that contained nothing otherworldly at all, led me out of Christian Science when I was a teenager, which I have always been very grateful for. 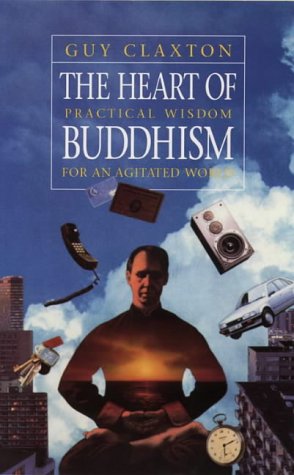 There are a lot of different ‘flavours’ of Buddhism that have taken on the cultural aesthetics of the countries they originated from. The thing that appeals to me is that the Buddha (allegedly) said to give his teaching a try and if you find it doesn’t work then discard it. I found that very refreshing after having tried to cram Christian Science blind faith cognitive dissonance into my head to the point I thought I would go mad, and that’s really the thing that put me off theistic religions in general. I just cannot make myself go back to trying to believe something I can see no evidence for. Not again.

In the end I settled on SE Asian (Hinayana, or the so called ‘Lesser Vehicle) Buddhism as it is very straightforward. There is no official stance on reincarnation, the Buddha is presented as a regular person who figured things out on his own rather than having been born from a magical tusk or whatever, and it is not in any way supernatural.

Buddhism is the only religion—although more a philosophy—I have found that actively tells you to question it while you are practising, rather than just believe something and get a reward after death which, like I mentioned, was important to me after Christian Science.

The fastest way to real peace is surrender, which Christian Science appears to advocate. Except it doesn’t really, because peace and acceptance that the world is both a beautiful and awful place over which we have next to no control , aren’t good enough for Christian Science. You have to have some kind of impossible transformation as well, which never happens. And I don’t have much time for religion as a sort of road map to success in the afterlife, which sadly is most religious practice of all hues, I find.

For me, unpicking Christian Science isn’t finding another religion I believe more to lay over it. It’s understanding my own thinking that I have because of Christian Science. I don’t think I could ever be part of another theistic religion, although I have no problem with people who do. For my part, if God wants me to believe in something now He is going to have to show me. And so far what He has been showing me (I appreciate this metaphor is getting rather stretched now) is that being happy in this world is based on following logic, reason and decency towards other people. And I am quite happy to learn that lesson!

Organised religion can be hard to figure out because it attracts both pompous, intolerably narrow-minded zealots who get off on telling other people what to do, and genuine, down-to-earth people who really believe in what they are doing and want to use the formal structure of the organisation to make a difference. Rather like the police force, I suppose.

I was totally put off Christianity for years and was convinced that only Buddhism offered any form of spiritual awakening. I’ve been fortunate to meet and learn a little from some Buddhist teachers who just being in their presence made me feel immediately calm and connected to something much bigger than myself. Which kind of reinforced my opinion, but then as I have been through life I have met contemplative Anglican and Roman Catholic ordained people who have impressed me with the same kind of feeling.

Interestingly, if you look at Christian contemplative writings they aren’t so different from Eastern mystical ones in substance. Buddhists will talk about the formless and the void, and Christians and teachers of more mystical forms of Islam, like Sufism, will talk about God, but the substance is rather interchangeable and the texts more designed to try and nudge your mind into being receptive to something which is incomprehensible to rational analysis.

From my own perspective, I can’t really have much faith in a completely benevolent and God as being omnipotent when there is so much suffering in the world that he created. The existence of Christian Science in the first place kind of leads me to not want to believe in Theism!

I can conceptually accept God being omnipotent, or being benevolent, but not both. Ironically, as we know, Mary Baker Eddy managed to fill this gap in the market for a while by finding a way that he could be both, which seems plausible for a while. I’ve found I have spent a lot of time post-Christian Science trying to find other signs that will justify this world view. I had it drummed into me so much as a kid that everything is perfect, it’s like I can’t quite give up on the idea that it is, and I want an all or nothing demonstration from somewhere.

Originally I spent a lot of time reading about transcendental eastern philosophy in the hope of some esoteric awakening that would provide me what had always eluded me as a Christian Scientist. I think we probably all do in different ways, whereas other people are much more pragmatic about suffering, whether they are Christians now or whatever.

The only ‘good’ legacy of Christian Science I can think of, if there is one, is that I always find myself questioning everything spiritually. To paraphrase a buddhist monk I read recently, Ajahn Sumedho, we live in a world that is completely inexplicable to us.

I am just about at the point now where I am able to accept that I have no idea at all why I am here, and if God exists, or whatever else exists. Maybe I just have to shut up and listen.